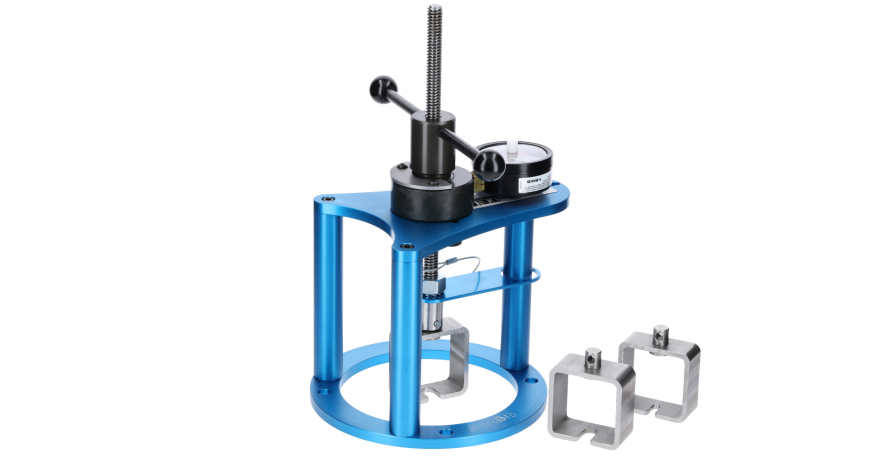 What is a pull tester? A detailed description of the instrument

Evolution of Pull Testers
Pull testers (or pull out testers) were originally designed to test the pull out resistance strength of roofing fasteners on commercial buildings.
During the last decade their use has become more widespread as building performance standards become higher and innovative construction techniques become more prevalent.
As buildings are subject to the continuous forces of wind, gravity, and their own weight, as well as extreme events such as earthquakes, hurricanes and floods, all manner of pull testing applications are possible and this has driven the industry to produce a wide range of pull testers suitable for each and every force testing scenario.
Today pull testers (whether digital or analog, manuals or motorized ) are used for performing direct tensile tests on roofing fasteners and other forms of construction. Their principal objective is to validate the withdraw resistance of fixings on substrates but they can also be used to validate and check for faulty fixing anchors in both new and existing construction.

Pull Tester Components
Various physical components combine to make either a digital or analog pull tester the tool to be trusted for tests on fixtures, screws, fasteners, anchors, foam and membranes.

Force Sensor
A force sensor is the more important component of a pull tester. Capacities can be 300lbs, 1000lbs, 2000lbs, 4000lbs, and 6000lbs and are available to cover most, if not all, construction pull testing applications.
COM-TEN uses hydraulic force sensors and offers an extensive range of them. These sensors accept some misalignment without losing accuracy and will support shocks when a sample break occurs.
Readout
The two most common readouts are digital and analog.

* Digital Readout:
In Digital Readout the applied force can be read directly on the screen, and the force is held.
The operator needs to press the zero key after a test.  The readout is assembled with the force sensor and both are calibrated.

* Analog Readout:
In analog readout a needle and red arrow points to the peak pull out force being applied. Operators need to return the needle to zero after a test.
This traditional type of basic readout is still sought after by professional testers.

Gauge
When assembled, the force sensor and the readout are together called the gauge and it's placed on the frame.
All COM-TEN gauges and frames are compatible.  One frame can be used with several different gauge types to facilitate operators who have several types of tests to perform, including tests requiring the use of either a low force gauge or the use of a stronger gauge.

Frame
COM-TEN provides a 3 legs frame, supported by a large round base that weighs under a pound and is strong, being able to support over 20 000 lbs during validation tests.
Its base avoids damaging surfaces while a test is performed and the pulling force is applied to the roof surface.  It size is designed to provide stability during tests and a good upright position for the force applied with easy access to the fastener head.


Powerscrew
The power screw is the device that pulls the sample. A 4” travel distance allows freedom for placing a lifter foot in the right position.
COM-TEN testers have a fine thread screw in order for the operator turning the handle to have a smooth, easy movement.

Connector
The connector allows a lifter foot to be assembled with the power screw. As operators face a wide range of testing situations it is important to be able to change a lifter foot quickly and easily.
For this reason all COM-TEN pull testers have a connector that has a quick disconnect pin designed to accept all COM-TEN lifter feet.

Lifter Foot
All pull testers use a lifter foot (gripping fixture) to attach themselves to a fastener inserted under a fixture head.  Drive-in light weight concrete fasteners and roofing screws are among the most common fasteners tested and specific lifter feet are used for each of these applications.  Adhesion fixtures are also available to test adhesion strengths of glue and resin bonded materials and surfaces.
COM-TEN has designed a large family of compatible lifter feet which can be used with all pull testers.


Carrying case
All pull testers are delivered in a strong ‘COM-TEN tool box’ which is easy to carry on a vehicle and on a roof.
These plastic cases protect the instrument from shocks and a foam lining keeps the pull tester in the right position during transportation.
A small additional compartment is provided for other accessories on the top of the box.

All COM-TEN pull testers are made in Florida in a facility which includes several departments as well as a machine shop, assembly line and calibration bench to proudly provide continuously improved  quality instruments to its US and foreign customers.