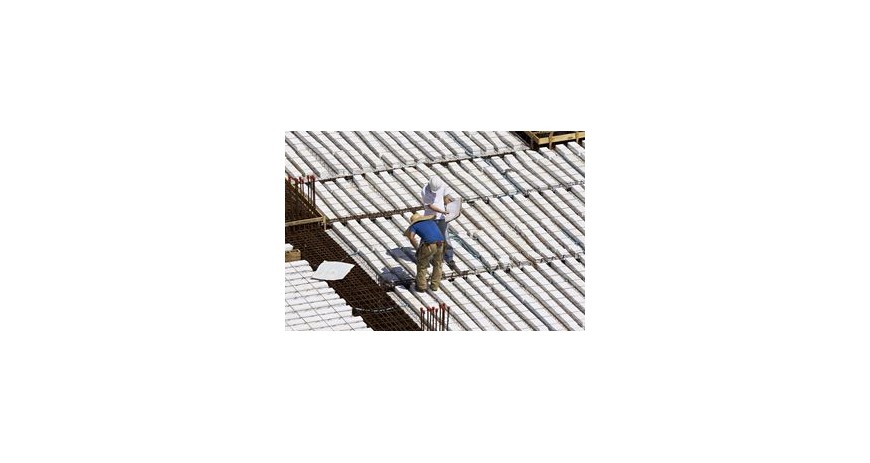 How to perform an accurate roof testing campaign

As a complement to Good Practice in Contruction Measuring – part 1 and part 2 (add links), the aim of this article is to show how to perform accurate roof testing with a focus on the American National Standard Institution (ANSI) Standard Field Test Procedure For Determining The Withdrawal Resistance Of Roofing Fasteners (2006 ANSI/SPRI FX) method. (add link if possible)
Fastener and deck interface performance is a significant factor of the success of a roofing system.  These ANSI guidelines were developed to standardize testing procedures used to test the pullout resistance of fastener types in situ. The data developed from such tests provides design professionals and roof system manufacturers with pullout resistance values for specific fasteners installed into decks.

Roof tests should be performed by someone trained by the relevant fastener manufacturer concerned with fastener installation, tools and equipment. A building owner representative shall be present to witness the test and verify values recorded and a roofing professional avaialble to ensure that a roof is returned to a watertight condition following a test and to repair test areas as necessary.

Each roof section with a different elevation, deck or insulation type shall be considered independently and tested separately.
Using a roof plan (which needs not be to scale) to identify the location of each pullout, the corresponding test number of each pullout can be marked. Separate 2006 ANSI/SPRI FX Forms A and B should be completed for each roof section and all pullouts recorded.

A pullout tester with a hydraulic or electronic load cell should be used.  Its gauge should display values in lbs  or kN  . The values obtained should be within the working range of the gauge, which is 10% to 90% of its full scale.

and any existing insulation.
2.     All fasteners and tools used should be installed and used as for the final construction (including to the same    installation depth, pre-drilled hole diameter)
3.     Fasteners should be pulled out perpendicularly to a deck and load applied at 2.0 ± 1.0 inches/min.
At least 10 pullouts are needed for up to 50,000 ft2 (4,650 m2), and 5 further pullouts for each additional 50,000 ft2 (4,650m2) or portion thereof on each project.
4.     Perform the pullouts in various roof areas, including corners, perimeter and field, for a representative roof
sample area. 50% of the tests should be performed in corner and perimeter areas.

Tests should be performed in any area where a roof is damaged or where water or chemicals
may have infiltrated its system and have caused a deck to deteriorate and give unreliable lower than normal pullout values: 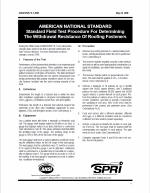